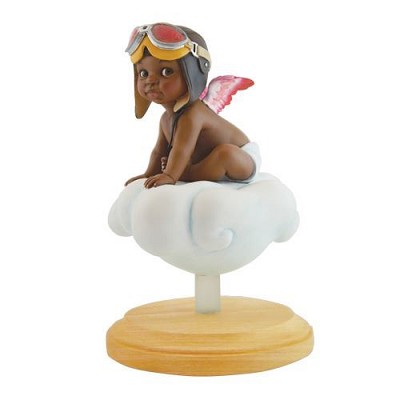 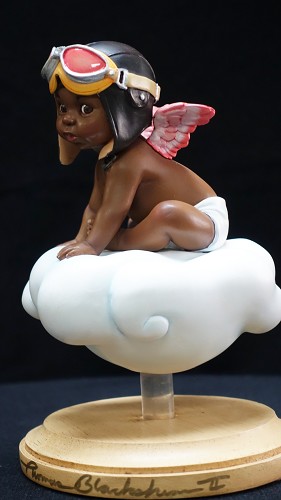 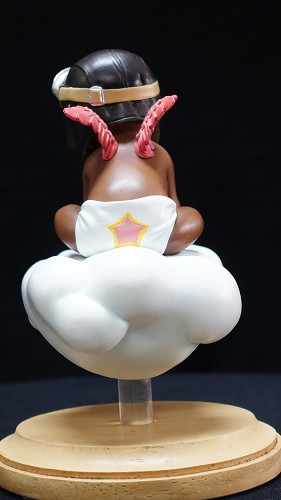 As an option you may also pay for Thomas Blackshear Little Pilot Adorable Girl Hand Signed Artist Proof using Paypal. Please note that all orders must be delivered to a physical address verified by Paypal or Google. This PayPal option is not applicable to orders to be delivered to Military or International orders.

World renowned artist Thomas Blackshear has once again proven what a truly gifted sculptor and illustrator he is. The Collection Shop is both excited and proud to introduce the new Little Pilots series, featuring the fittingly named baby angels - Adorable! Expertly sculpted with exceptional deft and precision, these figurines are a must for any collector!

THOMAS BLACKSHEAR II, the son of an Air Force captain, was born in Waco, Texas, and grew up in Atlanta, Georgia. "Drawing was all I ever liked to do," he says. "While all the other guys were playing baseball or basketball, I was in my house, drawing." He pursued an interest in art throughout high school, securing a scholarship to the Art Institute of Chicago. After a year there, he transferred to the nearby Academy of Art. While finishing his college education, he was recruited by Hallmark Cards and later became the apprentice of illustrator Mark English.

Blackshear settled in Kansas City, where he became head illustrator at the prestigious Godbold/Richter Studio. A year later, he began a prosperous freelance career, illustrating many advertisements, several U.S. Postal Service stamp collections—one called "Black Heritage," another on classic movies, and a third on jazz musicians—and several series of Hamilton Group collector s plates featuring scenes from Star Wars, Star Trek, and The Wizard of Oz. Although he was successful, he was dissatisfied and decided to pursue a career in fine art.

Blackshear has received many awards for his artwork, including the Society of Illustrators coveted Gold Medal. He was profiled on The Living Canvas, an art magazine of the airwaves that was shown on public television, and he has been featured on the Ebony/Jet Showcase and The 700 Club, and in The Saturday Evening Post. An exhibit of his original works for the Black Heritage stamp series premiered in 1992 at the Smithsonian s National Museum of American History and subsequently toured the United States.

Register Here to be notified about Ebony Visions updates.......